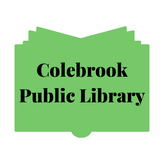 A Brief History of the Library

This history of the Colebrook Public Library was compiled using a series of five scrapbooks that were put together and donated to the library by former director of the library, Mrs. Frances Haynes.

Frances’ first scrapbook contains a copy of a paper written by another former director of the library, Elmerline Vancore. Elmerline wrote this paper entitled “History of the Colebrook Public Library" as an assignment for one of her librarian certification classes. The document is not dated, but based on some of the information in the document and the fact that that Elmerline Vancore was the director from 1962 until 1971; it was probably written about 1967. This is a summary of her paper.

Beginning in the year 1808 there was a library located in the Colebrook Town Hall. This building burned in 1870 and “all records were lost”. Steps to start a new library were begun in 1871. It was announced that all library books borrowed and not returned prior to the fire were now being collected. Between 1876 and 1901, the library slowly grew and moved locations several times. In 1894, there were reportedly 1,646 books in the collection. In 1901, the library  changed locations again, this time moving into a room at the local high school, Colebrook Academy. Starting in 1910, every Colebrook Academy alumnus was asked to donate $1.00 towards the construction of a new town library building. By 1926, $2,342.00 had been raised. A lot was purchased for $1,000.00 and construction of the building began in 1927. During the town meeting of 1928, a vote was passed to give $1,500.00 to the library for its completion. The deed was then turned over to the town.

The fifth of Francis’ scrapbooks contains a copy of an article published in the local newspaper, The News and Sentinel, which tells the story of the library’s more recent history. Unfortunately, the article’s date is not included. This is a summary of the information in that article.

Members of the Evening Star Masonic Lodge decided to build an addition for the Colebrook Public Library Building. The town agreed and construction began in 1989. Russell Shaw and Bob Ingrams each donated an additional $250,000.00 to the Masons for the construction. The addition is 64’ X 44’ and has an elevator. The Masons use the 2nd floor of the addition and the library uses the basement and the 1st floor. The Town of Colebrook and the Masons have an agreement for taxation purposes. The building is owned by the Masons and they lease it to the town. The town owns the land and leases the lot to the Masons. The property taxes on the building have to be paid by the Masons. The grand opening of the new addition was on October 10, 1990.

The current library director is Julie Colby. She began working at the library in 1989 and took over the director position when Frances Haynes retired in 1995. The library currently has approximately 31,000 volumes and is open 27 -1/2 hours a week Monday through Saturday. The library has had public computers since 1998 and added wireless service in 2008. 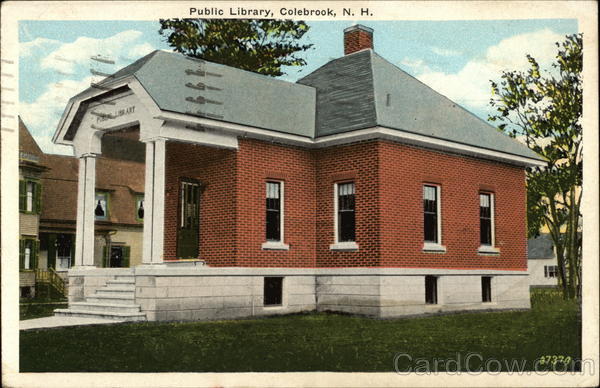 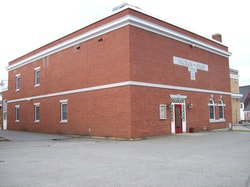 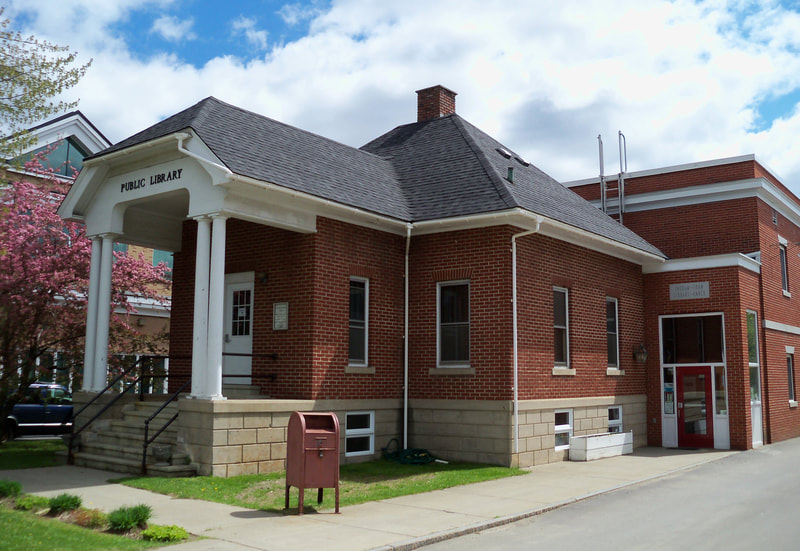